End Of An Era: The Loss Of My Father

All beginnings have an end

As they say, passing away is a part of life. I get that, but nobody ever said we had to easily accept it or be easily comforted by the quote. It’s an oxymoron in my vision, in that death is a part of living. The ‘mourning’ side of us doesn’t seem to comprehend the meaning too well. After all, dying isn’t living.

It’s also the end of our male lineage from my father’s generation. His three brothers passed away over the last several years; he being the last to die among them.

Dad joined his brothers on December 23, 2016. When I shut off the power to the machine delivering his oxygen, I turned to my brother, David, in a calm manner, softly telling him that dad had finally passed. David didn’t get excited, understanding that we knew it was coming soon, and that every moment were precious ones as we sat by his bed at 7 a.m.

God showed up to take my father with him.

We all knew dad wasn’t ready to depart, but he accepted it. It was also a tough pill for us to swallow because we felt he was still too young at the age of 75. So since the memories were cut short, the best is being made from them.

My dad was in the Army and stationed in Germany during the 1960’s. I was always amazed that his memories of the days he served our country were very sharp, telling us stories of his ventures with vivid detail. It was his early military career that he used to teach and guide us as children. But, he never tired of his tales and adventures in to later age.

Back to his brothers.

As I mentioned, Dad lost two of his brothers years back, but just this year, we also lost the oldest of the four, Jimmy Smith. Talbert and Billy Smith, uncles whom we also adored, passed away at younger ages. The memories of these four assembling the entire family each and every weekend, as I remember as a kid, will live on in my mind for the rest of my life.

I feel as if those days have died with them, as if there are not many of us left with the desire to carry on the torch. Our family is spread afar and it seems next to impossible to bring everybody together at once; in the same place.

I’m praying this will change before we lose too many more. 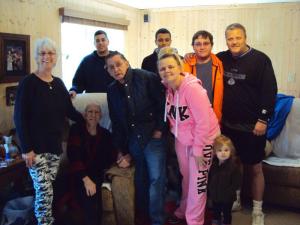 My dad lived in Florida most of his life, but in recent years (and after his wife Lorraine passed away), he relocated to Georgia where my brother, David, resides. I also lived and worked there for my brother’s company, a glass business, and after 2 years, I returned to Florida. We had some good times, but in the last couple of years, Dad decided that staying closer to home was better for him and travel a thing of the past, as his health became increasingly dire, and his body frail.

I swallowed with difficulty when I finally had the courage to read Dads obituary. I suppose I was distraught and discouraged to do so because after all, an obituary has traditionally left me to feel that it’s a passage of finality; reality.

Clifford was born on October 22, 1941 in Miami, Florida to the late Clifford Leon and Betty Daughtry Smith. A United States Army Veteran, he proudly served his country during the Berlin Crisis. Following his military career, Clifford worked for Yale Equipment Company and went on to devote 26 years as a mechanic with Brungart Equipment Company before retiring.

In his spare time, he enjoyed fishing and camping. Clifford also loved spending time with his family, especially with his grandchildren and great-grandchildren.

In addition to his parents, he was preceded in death by his beloved wife, Lorraine Smith.

All services will be private.

A reunion in Heaven

Jimmy, Talbert, Clifford, and Billy Smith are now departed. Remembering these men who were, together with their wives, pillars of our family, is still easy to do. The good times outweighed the bad ones. Every weekend when I was a child entailed large, regular get-togethers that I will never forget. Their children were close to each other, and there was always an adventure to be had among them. The eldest male generation now gone, I’m quickly realizing that their children are on deck.

Hard to believe we are all aged, and our fathers, gone.

Dad stated that he didn’t want a funeral or service. But he did say something that was somewhat of a surprise. Never the religious type, Dad asked for prayers and a pastor to discuss his impending end. This was of special meaning to me, as I had always explained to Dad that there was never anything to lose when it came to accepting Jesus.

“If you die and nothing happens, fine. But if you’re wrong, you’ll then realize that you had nothing to lose,” I’ve told him on more than one occasion. 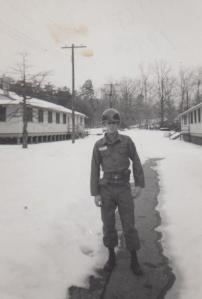 Dad will surely be missed. It’s difficult to relay just how and how much. I can’t talk to him,only hoping that prayers are forwarded to him somehow. I’m not sure how it works, but one thing is for certain. The lessons from these men, and especially my father, will aid me on my path to old age, and ultimately, my end as well.